I was about 100 feet down the trail when I realized I had been missing out on an entirely different mountain biking experience. It was almost 9:00 at night, there were a couple inches of snow on the ground and it was 27 degrees outside. I was the only person on the trail and all I could hear was the sound of my 4.6 inch Ground Control tires rolling over the thin layer of snow. Sure, the bike was great, but it wasn’t the bike that made everything right. It was the feeling of freedom, experienced in a new atmosphere that surrounded the bike that made everything right. This was my first fat bike ride… 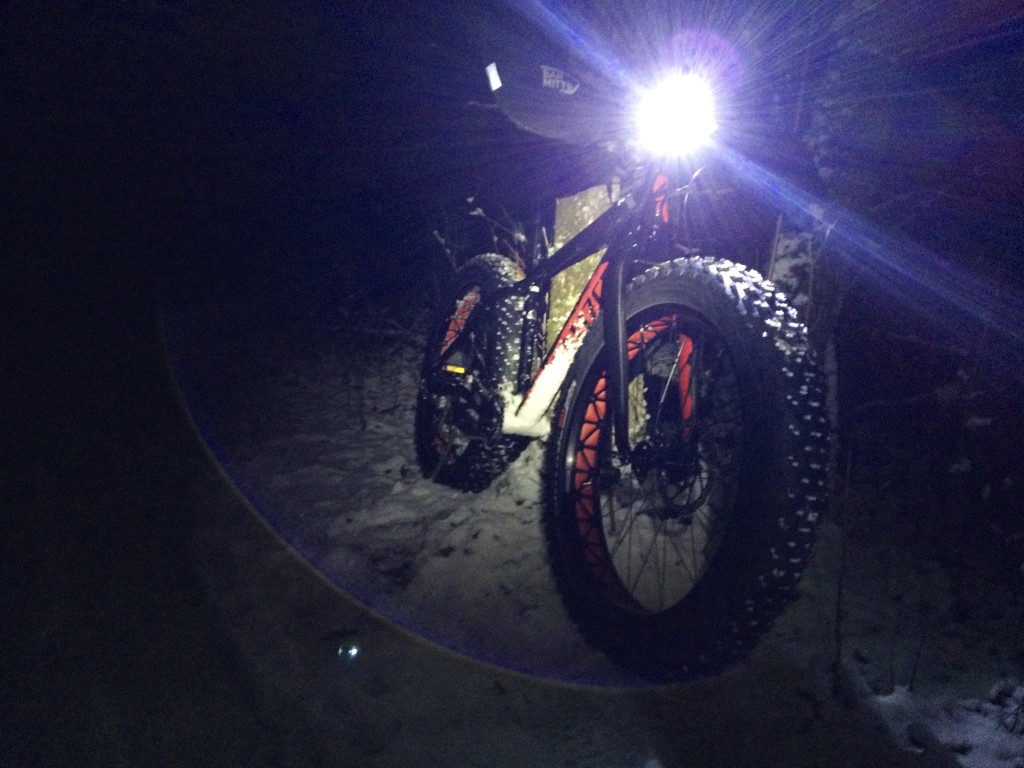 I have been nonchalantly looking at fat bikes over the past two years, since moving to Minnesota, but had not gotten serious about it. I was concerned I wouldn’t get my use out of it due to the short winter days and figured the winter was a good break to prevent burnout anyways. After the Chequamegon and the Red Wing Classic, I still was not ready to hang up cycling for the year. As the days shortened I picked up a new trainer and then a set of lights for my first night ride. The “burnout” excuse was no longer valid, I could not get enough of the bike.

It was that first night ride that completely changed my thoughts on getting my first fat bike. I can’t tell you exactly what it is, whether it is the focus on the trail, quietness of nature, or coolness of the night that makes night riding a completely new mountain biking experience. It was on that ride, that I realized I would definitely get my use out of a fat bike and the word “burnout” was not in my cycling dictionary. The fact that I was going to miss the Solstice Chase that was only 40 minutes away, drove me nuts. I ended up picking up my new Specialized Fatboy that same day.

It’s only December and the winters are very long here in Minnesota. I took up cross country skiing toward the end of last year, which I truly enjoyed and will continue to do. That being said, I have grown a passion for bicycles that I cannot explain. Riding the trail in the night added an additional dimension to cycling that I had not experienced before, and until now, I could only imagine what fat biking would be like night or day. Now, I don’t have to imagine. 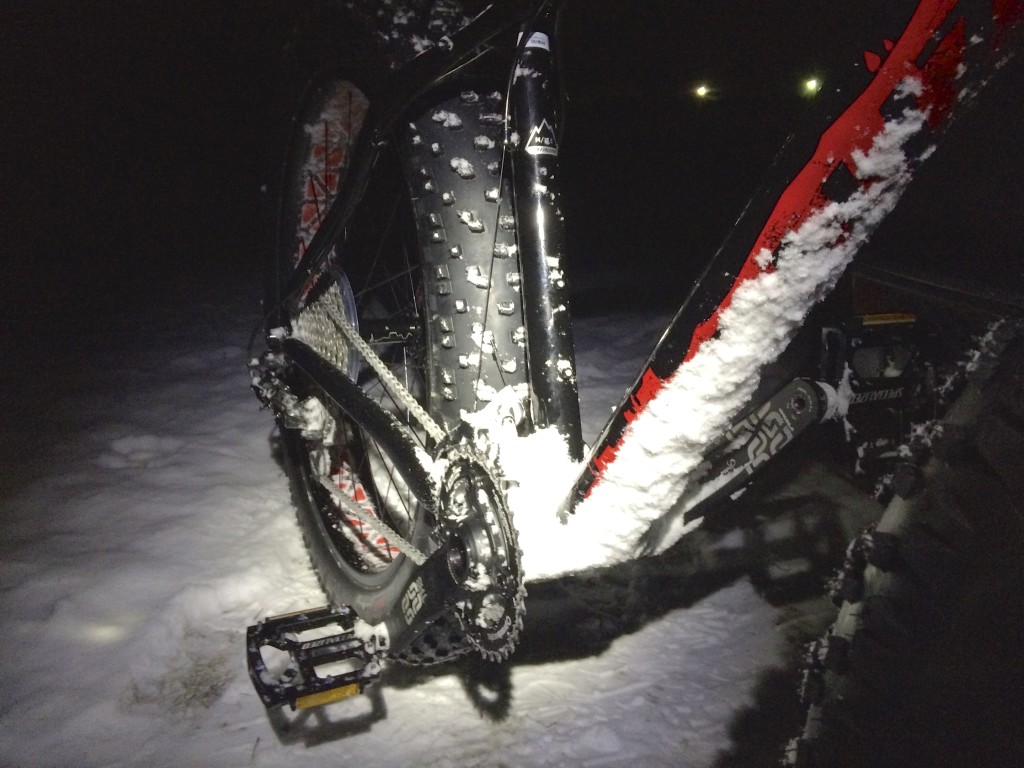 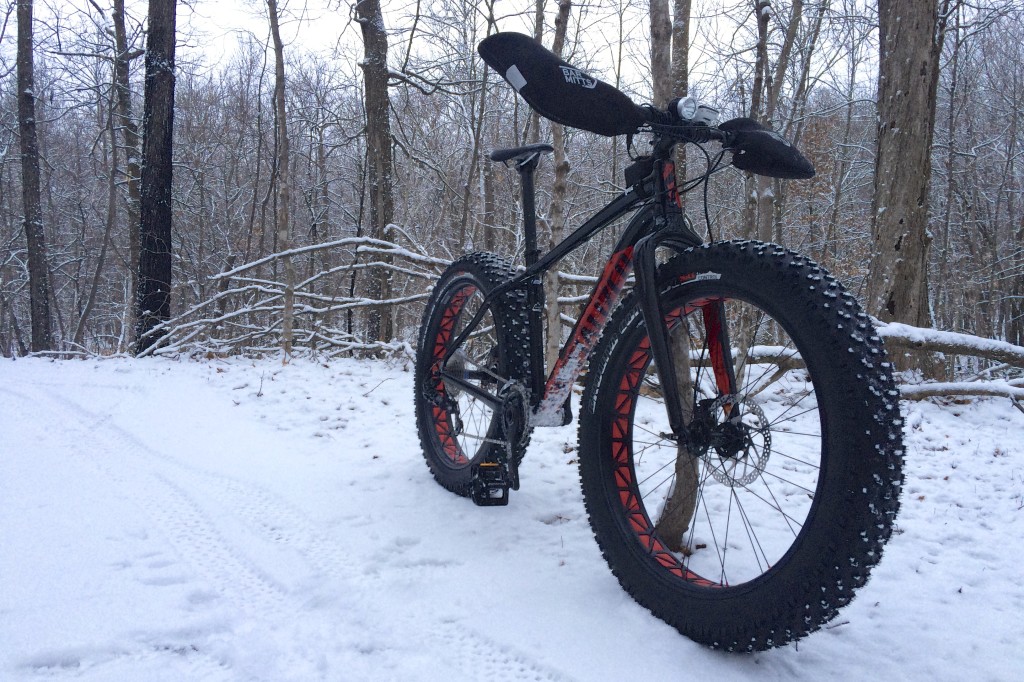 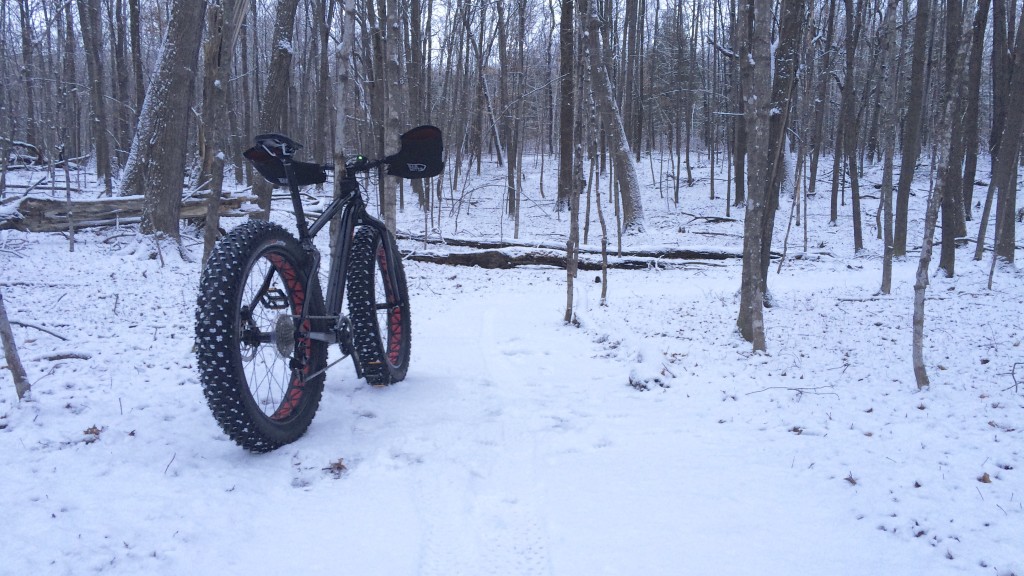 EDITED:  Updated with better photos taken during my next ride out and a link to the trail system that I took my first fat bike ride on.